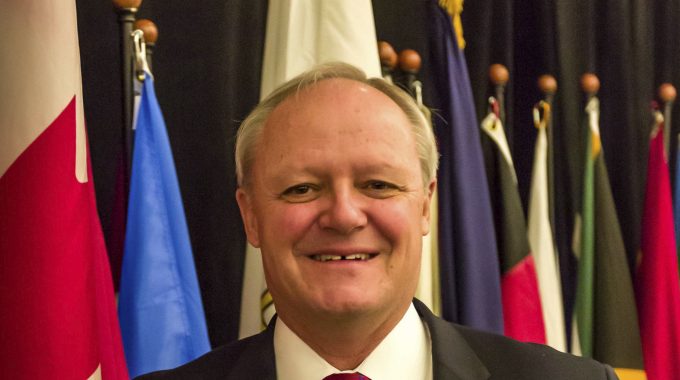 The Life Of Bryn Styles

Bryn was born in Kanora, Ontario. His early childhood consisted of a lot of travelling with his parents around Ontario and other places around the world. Eventually his parents decided to settle down in Barrie when he was in grade eight, which was in between the years of 1964 to 1965. He completed his years of high school in Barrie after he moved, and after high school he decided to go to the University of Toronto. Shortly after, Bryn joined the military, in the ROT program. He earned his bachelor’s degree in pharmacy, and then had to continue to his four years of service in the Canadian armed forces. After his years of service, he and his wife Randy, who he met in university, decided to move back to the city of Barrie again to start a family.

Bryn remembers the city having about 30,000 in population back then, compared to the size it has today. He decided to join the Y because all of his friends from high school had left to fulfill the rest of their lives somewhere else. He thought that it would be a great idea to join, because it was a great way to meet new friends and get in good shape with the gym facilities and swimming pools. He started attending the early morning fitness classes, which he said started around five or six in the morning. This is where he met the majority of his friends, who he would go and get coffee with, or watch the hockey game, or whatever they decided to do. And these friendships have lasted him close to forty years, and all were found through the Y.

Bryn has been involved with the Y for 35 years. He joined in 1979 and has been intricately involved in the program ever since. Over the years that Bryn has been involved with the YMCA, he has taken part in volunteer services as well as donations. He was involved with the board of directors for Barrie to start and eventually moved on to the entire country of Canada for years. As well, he was the president of the Barrie YMCA for a year long term. Bryn really enjoyed the early morning fitness classes. He said that “it’s great because the ladies don’t care what they look like, and the guys don’t care even more, and it was easy to get a very close friendship with those people.”

As a child, Bryn and his family had no involvement with the Y. He didn’t participate in any summer camps, or fundraiser events for children or anything of that nature, so he went into the Y not knowing what to expect. But within minutes of joining, he immediately attached to the atmosphere of the program, because it was blooming with good, natural, friendly groups of people who helped him ease into the program and immediately feel at home.

A story that Bryn remembered was that after about a year of being involved with the Y, he became ill and the people who would normally see him every day at fitness classes for some time didn’t see him. He was at home and one of his buddies called him to see how he was feeling and when he would be back and all others sorts of friendly chit chat, and that moment proved how  friendly and down to earth the people are at the Y and how they really care about each other. The feeling of camaraderie that he had after that incident and the years to come is what he was originally looking for. To find a solid group of friends that he could live the rest of his life with.

Over the first 15 to 20 years of being involved with the Y, everyone knew Bryn was involved with the program, and his friends and colleagues outside of the program referred to him as the Y guy. This helped him recommend the Y to the other friend groups that he had outside of the program. He recommends the program to others because he likes the values and morals of the Y, what they stand for, and what they try to bring to the world. He appreciates the fact the Y is all inclusive of everybody, from people who are wealthy and well done by, to people who are not so lucky, and have a harder time in everyday life. He said that the Y really does try to bring their learning goals that they preach to everyone who joins, and even to people who haven’t joined, through advertising and children’s summer camps.

The Y’s values helped Bryn define his own. He said that as a teenager or young adult, people often have difficulty finding their values and what you stand for, and he said that the way the Y promoted their morals helped him uncover what he wanted to stand for and what he wanted to be known as. The YMCA articulated how Bryn wanted to live: “The Y helped me by showing me how to understand the values I already believe in.” The Y helped him give back to others and to contribute to those that were less fortunate, and to try and be a well-rounded person.

Bryn’s life story is one that would normally be seen in a movie about sharing or prosperity of the people. Except this time the stories are brought to a reality. His story shows a man who has done it all. He has travelled Canada and a variety of other places around the world. He obtained a respectable education, served our country, and gave back to others in the community, whether they were rich or poor. The morals of his life are parallel to those of the Y, and to the others who have joined and believe in their message: “to be a well-rounded person.”