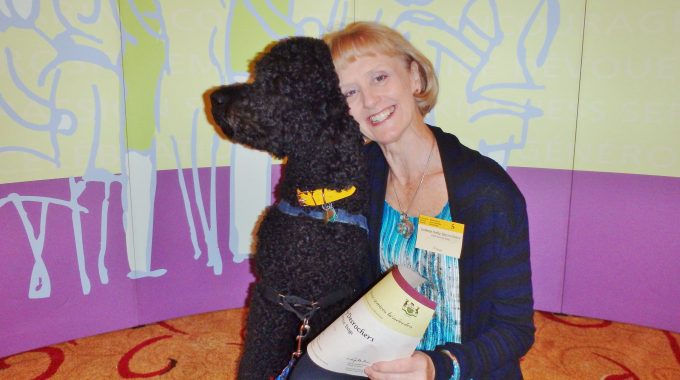 Twenty Smiles in a Boat

Colleen Kelly-Desrocher’s slim fist drops into the lake water, the clear liquid creases into the groove of her hand, and sprawls aggressively from the centre of her clutched fingers. The water splashes up to sprinkle her forearm, causing a thrilling sensation against her warm skin. It’s a refreshing feeling, one that reoccurs every time she thrusts her black paddle into the depths of the bay.

The summer sun beats down harshly on her and her teammates. Her forehead is glistening as beads of sweat form, some dripping down the hills of her flushed cheeks. The Ribbons of Hope practice is in full swing, twenty of their bodies moving in sync, paddle after paddle dipping in and out of the water. Their pink dragon-boat glides along the body of Kempenfelt Bay, moving with the tide with a graceful elegance. It is with the same elegance its passengers urge the boat forward. The faces, though painted with the poppy colour of exhaustion, flag a certain bravery. Each of these women have been through their own hardships, but looking at the determination on their faces you would never guess pasts so flawed.

In this very moment, Ribbons of Hope is defined. With the boat surging forward, the women on it are gorgeous and courageous as they push forward. The politicians have their podium, and the rock-stars have their stage, but these women have their boat to influence wisdom and hope. That is their goal – to raise hope. Particularly hope after breast cancer. There is one thing all these women have in common. Aside from their obvious strength, they have all had breast cancer at some point in their lives. Since 2003, it has been the only qualification for the team. All forty of the women – ageing from as young as thirty-four to eighty – have had breast cancer.

When you look at Colleen Kelly-Desrochers, you’d never guess her difficult past. The way she carries herself gives no hint of a flawed medical history.  She looks like the spokeswoman for healthy living, or a model for Women’s Health. She is fit and well dressed. Her blonde bob shimmers euphorically, and she glows when she speaks. Her character is likable, her voice both charming and attractive. You would never guess that her past is so tainted with woes, for she doesn’t allow her difficult past to dictate her future.

Colleen has had breast cancer not one, not two, but three times. She has spent an unbelievable amount of time between the white walls of a hospital and underneath a doctor’s microscope. Her veins have been prodded, and her mental capacity has been tested, but again – you would never know it. Her strength is inspirational. The way she holds her head high with confidence is contagious.

It’s been said that good health comes from mental and physical activity. Colleen has been practising this lifestyle for as long as she can remember, and it is evident not only in conversation, but in her physical being. The YMCA has made her way of life possible. She believes that their variety of classes and the expertise of their instructors has made them the best fitness facility. It is why she chose the Y and continues to use it on a regular basis. Their mission statement and their values help the community. They have always bent over backwards for her and her team. She has been a member of the Y for forty years. Colleen has been touched by the outreach she has witnessed as well as received. In her opinion the YMCA deserves praise for their efforts of inclusion.

When Colleen was in her twenties, she and her husband lived in Peterborough. While she worked at a law firm, he went to school at Trent University, studying a double major in mathematics and physics. They both joined the YMCA in the fall shortly after. Colleen has always had an interest in aquatics; she has been swimming for as long as she could walk. It is clear that she has a deep love for the sport but for some reason when she was a teenager, life invaded and she let go of her passion. When they joined the Peterborough YMCA and began to swim again, it reintroduced fitness for her. It also underlined the importance of the sport of swimming and how much she needed the physical aspect in her life. For Colleen, swimming is as natural as walking; the pool is like a second home to her. The YMCA made her remember this great love. It started a passion and eventually formed a lifestyle. The community of the YMCA helped form the fit person she is today. She took courses, ranging from swimming to weightlifting. She worked hard to receive merits in swimming, striving for every award that was possible at the time. Colleen eventually decided to pursue becoming a personal trainer in weightlifting, and after achieving this goal, she became a class instructor.  What was a hobby also was a path, and she followed this path while working full-time, mothering her children, being a committed wife, and battling her disease.

In 2003, this path lead her to a very special place. That year Colleen received a phone call from a fellow breast cancer survivor, who was ecstatic to tell Colleen of an opportunity. Sue McCallum had read a newspaper article about a dragon-boating team competing in a Vancouver festival. The team consisted of breast cancer survivors. Sue thought, if they could do it, there was no reason she and others couldn’t. So Sue called another survivor, and that survivor called another survivor. Eventually, Colleen was called and excitedly agreed to join.

It is important to know that the popularity of dragon-boating is due to breast cancer survivors. Years ago people believed women who had had breast cancer should not lead overly physical lives as it lead to lymphodima (swelling of the lump nodes). Don Mackenzie – sports medicine physician and exercise physiologist – challenged this idea. He busted the myth of exercise not being good for survivors and proved quite the opposite as the lymphodima rate went down. It turns out, exercise is beneficial.

It all began February 2003 in a small room at the Barrie Public Library. In the beginning they were coached by Bruce Saunders, who was a cancer survivor and a member of the Canadian National Dragon-boating team. He enthusiastically led the women, encouraging them as he peered down the two lines at each of the twenty women. The ladies sat in straight back wooden chairs with broomsticks propped in their hands, and when Bruce said “go,” they all rigorously paddled their imaginary boat forward.

“Our first race was in August, and we were in lane one, then we went over the wake into lane two… which you’re not supposed to do. Then went back into lane one. A couple of steers people fell into the water. We were all so new. It was awful!” Colleen remembered.

Due to her background in fitness Colleen took on the role of fitness coordinator for the team, and in the fall when it becomes too cold to practise on the bay, they move their training inside. The first few months are focused on weight training, flexibility training and cardiovascular fitness. The YMCA allows them to rent a few rooms to train in. After Christmas they switch their focus to aquafit in the water, and from March to May they work on pool paddle practise. One of the things Colleen loves to see is an impressive turn out for pool paddle practises. As many of the members live outside of Barrie, it can be difficult for them to make it to the winter practises. It is extraordinary when a high number show up. They each plop down on the gutter of the pool with their flutter boards and do what they do best – paddle.

Over the course of thirteen years the team has competed in a number of races, conquering personal goals as well as winning awards as a team. They raise funds in a variety of ways, from handing out pamphlets at Tanger Outlet Mall in Cookstown to organizing a British tea party. They ask for pledges and appreciate donations. It is stressed that every penny counts. They also host an annual Valentine’s dance. Though their fundraising, Ribbons of Hope has raised over $135,000. They donate to both the Simcoe Muskoka Regional Cancer Centre at Royal Victoria Hospital and the Kelly Shire Foundation – a foundation in which the money is given to someone with cancer, as they can often not work. Ribbons of Hope is an accomplished group, forty women all with hearts of gold.

The flaxen sun holds high in the flat cerulean sky. Its tangerine hues licking round like a medallion. The breeze laps gently at the water, casting ripples in the depth of the denim liquid. The day is nearing its end. There are only a handful of races left and people are showing their exhaustion. Back on shore there is an array of expressions. Big eyes watch the boats swaying in the swells of water, their lips tied in soft smiles as they observe what is about to unfold. On the water there is a wash of pink punch over the blue. The strawberry of shirts bob softly in the water.

Ribbons of Hope sits in the crowd of boats. Their black and pink dragon-boat fidgets in the waves and its passengers chatter amongst each other. There is talk of victory and hope. Their sleek paddles have been placed in front of them. Slim fingers pinch long stemmed carnations.

Suddenly there is a break of words, voices halt as one powers over them. The flower is grasped tighter, as the women become more tense. It seems the weight of the world rests on their shoulders. The speakers booms as a feminine voice pours through the grates. She announces the names of the teams and the members that have passed on.

The passengers become teary. Hands caress other hands, holding tightly in comfort. In the background a song hums, while the bay holds the boats, bringing each of its brave survivors together. Colleen Deroucher twists the carnation shamrock stem in her fingers, her expressive eyes heavy as they look downward. There is silence, apart from the soft lullaby rocking their boats. For in this moment they remember, those women that have paddled with them, those women that have shared and laughed with them.

The women raise their carnations. From the shore they look like a pink bouquet. They are proud as they raise them. It is a feeling that is well deserved. When the song comes to an end there is silence, the flowers still stand erect, hovering in the sky like a bubblegum cloud. When they fall, they fall gracefully, setting delicately in the indigo water. They fall like the boat floats forward, like the how the passengers urge the boat forward. They fall with elegance.

The YMCA was so much fun!