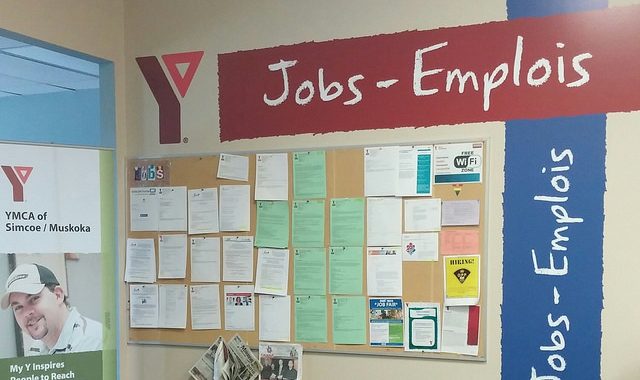 A person I worked with had an injury at work at 60 years old- he was rolled under the lawn tractor at the golf course where he was employed full-time as a groundskeeper. The company reduced his hours to 12 hours per week and offered him no compensation.

His daughter heard about the TIOW (Targeted Initiative for Older Workers) from Facebook and he came into the YMCA Employment Service to learn more.

The TIOW program is an 8 week job search program. Participants of low or no income are paid to attend. He began the program with absolutely no computer skills and was 61 years old. We designed a computer workshop series for the beginners of the group and offered staff and peer support. He also had low literacy skills and would have been unable to put together a resume without staff support.

He complained about and questioned the need for a cover letter. He was encouraged to make cold calls. He followed a lead provided by our job developer and made a cold call and landed an interview. In person, he visited, used his well-practiced 30 second summary to introduce his skills to the employer and handed in his resume. He was asked to bring in a cover letter the next day.

His job coach (me) made time for him that day to create a cover letter and prepare him for the interview. The job developer followed up the interview with an offer for training incentives to the employer. In his 5th week in the program, he started his full-time job at 61. He had learned computer skills and earned several online certificates; he made friends, he found support and was supported financially until he landed a good job.

He will be supported for the next several weeks in the placement program with follow up offers of support by his job coach for the next 6 months.

My Y is Camp Kitchi